The plant dried up in Summer

A soul left, everyone suffers

Emotions they must have realized

END_OF_DOCUMENT_TOKEN_TO_BE_REPLACED 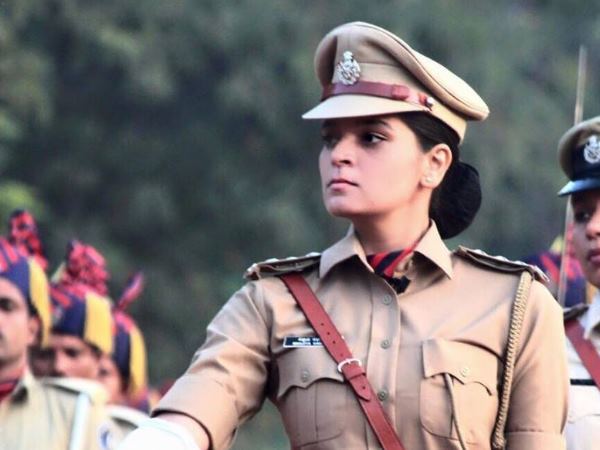 In India, it’s a culture to condemn the police. Though, when we are faced with an emergency we dial “100” with all confidence assuming that the police will come and save us.  But when relaxed, we speak all things shit about the Police force and their practices. It is believed that Police are more dangerous than criminals. Good governance and time have definitely improved the police practices resulting in a healthier perception of policing. There are still many areas where we have “Gundaraj”. People with power can shoot anyone on road, between hundreds of eyes, and still relax at home without even any court trial. Not even FIR is filed against such gangsters.

END_OF_DOCUMENT_TOKEN_TO_BE_REPLACED

Viato shuddered as he heard loud banging on his front door. As he neared the door he could hear people screaming too.

He latched the chain and opened the door very slowly.

“Open the door fast” Keritesi screamed. He did, she rushed in and closed it quickly panting.

“What is happening? Do you want something to drink” Viato brought a cup and she swallowed in a single swig.

“Tell me what happened?” Viato asked he shivered as he could hear more screams coming from outside.

Keritesi said, “When I came out of the office structure I heard something.”

END_OF_DOCUMENT_TOKEN_TO_BE_REPLACED

You realise you’ve been single,

For a time so very long,

When you start writing poems,

On girlfriends who are long gone.

So as I sit at the bar this evening,

END_OF_DOCUMENT_TOKEN_TO_BE_REPLACED

The Burden – A Story by Arsh Sharma

“Don’t jump,” Ritesh opened his eyes to see a teenage girl wearing a brown leather jacket by his side.

“It’s a 20 story building, you may or may not die,” she looked down and then glanced at him. Ritesh was sitting on the parapet wall of the terrace of a 20 story building. He had given up on his life and today he finally mustered up all his courage to climb up the stairs from his office which was on the 14th floor of the same building. The presence of a child in this high-rise building made him forget his purpose of coming there.

END_OF_DOCUMENT_TOKEN_TO_BE_REPLACED

Bones creaked under his feet as he traipses deeper into the cave in the moonless night. The muffle wails have stopped, he mostly cherishes screams though. Vlad is precarious, he can smell intrusion and something more sinister along with blood.

END_OF_DOCUMENT_TOKEN_TO_BE_REPLACED

The army gathers outside the mansion into the moonless night on Neil Island. Every vampire is first offered with the obsidian pendant. This will protect them from silver coming their way. Once one thousand vampires adore the obsidian pendant, they drink the blood, a colloid made from human blood and Vampires’ blood that died happily and willingly. The infamous stories of the dark magic generating from the vampire that has died happily were very prevalent among the society and it turns out to be more than powerful when Vlad experiments it on himself. A single swig and Vlad could feel stronger. He asks the guard to shoot him with silver, it deviates. He asks Santiago to stab the Silversword, it enters and exits him smoothly, healing him faster than his own blood. He hits the pillar next to him, it turns to ashes. A look out of the window, into the darkness, on the ground that is thirty feet down, he sees ants stuttering to their home.

END_OF_DOCUMENT_TOKEN_TO_BE_REPLACED

“Who told you Jasmine’s Dead?” Vlad cuts in

Santiago was now pondering into his own mind. The macabre, the outbreak at the Berspark, death of his own sister, so much was happening at the moment that he didn’t even put a thought that Vlad might still look through.

END_OF_DOCUMENT_TOKEN_TO_BE_REPLACED

A Story of Treachery and Obsession

“Vlad!” Santiago quakes “Leave her. She is empty.”

Vlad looks back, blood dripping from his mouth, rage in his eyes. He stares at Santiago for a minute as if trying to recognize him. His face is dead, his eyes red. He glares again at the exsiccate body of the girl.

“Let’s go! Hurry.” Santiago gulps. He charges towards the exit.

Vladimir Balsbora was full of rage. His vengeance masquerades his hunger. Hunger for human blood. Not just any humans though. Vampires and Humans aren’t friendly acquaintances, nevertheless, trying to co-exist with little betrayal. Yet few mortal devils chose their path of death without pondering much on the repercussions of challenging the immortal Vampires. Yes, Vlad is immortal. Silver could not kill him. He had achieved that through several years of research. So is his closely-knit group. The five humans that betrayed him have to die. Brutally. And what better way to suck their blood, alive till they die themselves!

END_OF_DOCUMENT_TOKEN_TO_BE_REPLACED

Introvert Kiara Turns To The Vamp

Her peer saw her as ingenious

Yet she waddles and flounders

On the corporate ladder

For there was one thing she lacked completely

END_OF_DOCUMENT_TOKEN_TO_BE_REPLACED

-The Radical Notion of Accepting Her as Human Being. It is read across the globe.

Available only in e-Book Format

This apocryphal story is set in rural India where misogyny prevails with acceptance in every household. When few have better lives, there are still women fighting not for the riches but for her being accepted as human.
Ananya Das will definitely snatch your cribbing about misogyny as it will be nothing as compared to hers.
Read to find out the truth.

Retributioner has been read across the globe and received a five-star rating by all its readers. It is read in India, the United States of America, the United Kingdom, Italy, Germany, and France. A short story that gripped so many people is the real achievement of me as a writer and motivates me to create more fascinating people and a more mesmerizing world.

Your reviews are highly appreciated